Is the Netflix Recruiting Model a Precursor to Blockchain Staffing?

I don’t have to tell you that Netflix is a revolutionary company. They changed the way we watch movies and TV. They set the bar for company culture. They transformed the hiring manager and recruiter relationship. And now, they may have unwittingly become the precursor to the next big thing in staffing: blockchain.

The Birth of an Industry Icon

As Netflix’s former CTO, Patty McCord had a humble mission: to reinvent their company culture. She was to create a workplace where “fully formed adults” could thrive. At the core of her plan lay freedom and responsibility. The freedom for employees to make their own decisions, and the responsibility of making them wisely. The culture overhaul wasn’t about extravagant perks just to attract talent; it was about changing company values from the inside out. McCord wanted to redefine how employees function within the company ecosystem. And she did. Netflix set the standard for innovative company culture, creating one that prioritizes honesty, adaptability, and responsibility over everything else.

This new company infrastructure afforded Netflix the ability to make a slew of changes. They were able to scale from a humble DVD rental service to a global content-streaming provider. Their culture allowed them to find not just top talent, but top talent that wanted to stick around for the long-haul. As with any rapidly growing company, Netflix’s need for candidates became urgent. Naturally, they decided to change the way they recruit people, too.

The recruiting industry is historically compartmentalized. VMSs, MSPs, recruiters, and hiring managers all hold keys to different segments of the hiring process. Hiring managers and recruiters often have strained relationships, with a primary focus on numbers rather than working together toward a common goal. It all makes recruiting feel more like a series of transactions and less like the collaborative matchmaking service it should be. Netflix once again sought to implement a culture change, and once again, they hit the ball out of the park. Their version of recruiting looks something like this:

Netflix is the Blueprint; Blockchain is the Tool

So, how does all of this relate to blockchain? Well, it turns out that Netflix’s recruiting culture closely aligns with the core tenets of blockchain technology. The bitcoin craze last December sparked quite a bit of interest in blockchain, and for good reason. On the surface, it’s simply a new technology. But if you look deeper, you’ll find that it’s driven by entirely new way of thinking that could very well change the way we work. Sounds an awful lot like Netflix’s journey, right? Now, imagine a talent ecosystem inspired by the Netflix recruiting model and powered by blockchain:

If You Build It…

Picture it: a recruiting platform that’s inspired by Netflix’s transparent and collaborative culture, and built on an innovative framework that embodies those very ideals – it’s a beautiful vision, isn’t it? The reality of this futuristic talent ecosystem may sound far-fetched, but I assure you, it’s not. A handful of companies have already begun adopting blockchain technology or funding blockchain startups. The recruiting industry has been needing an overhaul for a very, very long time – perhaps we’re finally about to have our Field of Dreams moment.

Accountability is the Theme for 2018blog-posts, Featured Right 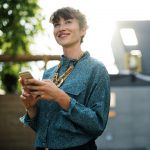