Accountability is the Theme for 2018

f you follow my posts, you’ve probably noticed I like to talk about technology, its implications, and how we can apply them in the workplace. The tech world resonates with me not just because I think gadgets are cool and AI is fascinating, but because I believe that technology is a reflection of where are we as a society. The tech industry is a microcosm of the human condition. The innovations, the problems, the ethical quandaries – they echo the things we face on a larger scale, as a collective mind. And judging by the mounting demands for better behavior last year, I’d say accountability will be the name of the game in 2018.

With each technological advance comes a new set of problems. We’re constantly rewriting the rulebook of what’s right, what’s wrong, and where the line falls between the two. It’s up to us to pen those rules; it’s up to us to be accountable and to hold each other as such. Dodging responsibility is just asking for trouble. Just look at what’s happened to Twitter and Facebook over the last year. At one point in time, they were novel technologies, a new way to connect and foster relationships around the world. Now, they’ve become corrupted and divisive. If you have Twitter, I probably don’t have to tell you that the platform is rife with harassment and verbal abuse, especially toward women and minorities. The President regularly violates Twitter’s terms of service, yet, despite the collective call for action, the company refuses to ban or otherwise reprimand him. Facebook has become a veritable minefield of fake news and hate speech, and everyone from basic users to company shareholders are urging Zuckerberg to take responsibility.

The demand for people to own up to their mistakes isn’t just isolated to the tech industry. There’s a societal shift underway, a push to do better and be better. The #MeToo movement that sparked in October 2017 is a perfect example. It first kicked off following the sexual misconduct allegations against Harvey Weinstein, before quickly going viral around the world. Hundreds of thousands of women came forward and shared their stories. Backed by the voices of these brave women, Tarana Burke, #MeToo’s leader, is now fighting for stronger sexual harassment laws, a universal code of conduct that will affect every industry – and even Congress itself.

On the surface, 2017 might look like it was a bad year. I don’t think it was. I think it was a global callout, a necessary bloodletting before the real healing can begin. This is the year we start to change as a whole, and the wheels have already been set in motion. Last week, I talked about Zuckerberg’s pledge to “fix” Facebook. Exactly how he plans to do that is still up in the air (and still the subject of much speculation), but the point is that he acknowledged that there is, in fact, a problem, and that he’s accountable for it. Let’s hope that Twitter is next.

The #MeToo movement inspired change this year as well. On January 1, The New York Times announced Time’s Up, an anti-harassment plan in response to #MeToo. Initiatives include a $17-million-dollar legal defense fund for low-income women who have experienced sexual harassment in the workplace, as well as advocacy for harsher punishments against companies that tolerate harassment. The 75th annual Golden Globe awards was a “sea of black,” as nearly all in attendance wore the color in solidarity with the cause. Shonda Rhimes, one of the Time’s Up founders, recently announced the 50/50 by 2020 project, which will push for gender parity and diversity in media and entertainment leadership roles.

“Your silence and your amnesia is complicit.”

The emotion behind his delivery makes the message clear: avoiding responsibility is a pervasive and insidious problem, and we as a society will no longer stand for it.

Accountability in the Workplace Matters, Too

Tech innovators and Hollywood executives might be far outside our realm of everyday life, but the hope is that by making positive changes within such influential bubbles, it will have a top-down effect on others (and on individuals). Accountability is mysteriously absent from many a workplace. According to a Partners In Leadership study, 81% of those surveyed felt they had no way of holding others accountable in the workplace, while 84% said they felt that leaders hold the most influence over accountability standards. These are alarming numbers. Businesses lacking in accountability suffer from disengaged employees, slowed productivity, and – at worst – disgruntled customers.

It’s important to note that accountability doesn’t simply mean blaming others for their wrong-doings. As indicated by Zuckerberg’s pledge and the Time’s Up movement, creating a culture of accountability necessitates a systemic change that starts at the top and involves everyone. What steps can business leaders and individuals take to support this system overhaul?

People can’t do their jobs if they don’t know what their goals are. The Partners in Leadership study found that 85% of respondents said they didn’t understand what their organizations were trying to achieve. However, goal-setting shouldn’t be left to just the company leaders alone. Managers should work hand-in-hand with their employees to establish clear-cut goals and the steps needed to reach them.

Identify Metrics for Measuring Your Goals

I get it, managers and executives are busy people. It’s difficult to find the time to assess the achievements of other departments. That’s why it’s important to determine how you can measure success from the get-go. Set weekly or monthly objectives, and check in regularly to ensure your teams are meeting them. Together, you’ll be able to identify and fix problems as they arise, instead of struggling to put out fires after they start.

Feedback is a company’s greatest resource. It’s one of the most effective ways to locate shortcomings and continually improve your business as whole, so make sure everyone is included in the loop. Give feedback to your employees so they know how they’re faring, and ask them how they think the company can do better. For best results, focus on being constructive and specific.

An accountability system consists of all the aforementioned pieces. Without one piece, the others can’t function; or at least, they can’t function at optimum efficiency. Setting clearly-defined goals, metrics, and feedback schedules in the beginning will help you identify options for remediation easily and accurately, should it be necessary. Again, make sure everyone is a part of this system, including – you guessed it – company leaders.

Let’s Grow Up Together

As much as many of us would like to go back to simpler times, it’s not an option. We can only move forward. To do that, we must evolve as a society. We need to work together to improve our moral values, which means holding each other accountable whether at work, on social media, or in the government. Let’s make 2018 the year we commit to being honest and accountable – and maybe just a little bit better to each other. 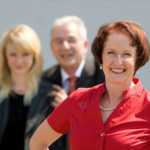 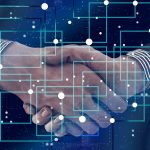 Is the Netflix Recruiting Model a Precursor to Blockchain Staffing?blog-posts, Featured Left