The Effect of Spoken Words: Experiments Using Compliments Vs Insults

Words hold an immense amount of power in our lives. Everyone knows the feeling of having their ego stroked with kind words. Equally, many of us are familiar with how devastating criticisms can be. Bullying can be a mentally draining punishment. Prolonged periods of verbal abuse can cause us to suffer many ill effects. Experiments have even shown that animals can be affected by bullying to some degree. But what about plants?

A recent Ikea publicity stunt was aimed to portray the impact of positive and negative words on the growth of plants. It’s not the first time such an experiment has been carried out. There are numerous such tests that have been published online, with varying degrees of credibility and scientific integrity. In this article we’ll take a look at Ikea’s experiment, as well as some of the other notable examples.

Ikea recently made the news by performing a social experiment on various plants. Strange as this might sound, the 30-day trial produced some fascinating results. The campaign was intended to raise awareness around bullying. In the trial, two of the company’s own plants were placed in a school setting. Here, the plants were subjected to two identical environments in all respects. All except for one thing, that is. One plant was played voice recordings of comforting and complimentary words. The other was constantly abused by harsh words. After the 30 days were finished, the ‘bullied’ plant showed unmistakable signs of wilting, while the complimented plant seemed to flourish.

Although there was little scientific integrity in the experiment and no control group, the results seem to indicate that the words on the recording actually affected the plants’ growth. However rudimentary the Ikea experiment may have been, it is certainly a great way to raise awareness for bullying. But this is not the first of such experiments involving plants.

The Plant Intention Experiment was a study first carried out in 2007 by Psychologist Dr Gary Schwartz. A link to the experiment can be found on Lynne McTaggart’s website. It’s part of a range of experiments to see whether intention can influence the world. This study was significantly more scientific than Ikea’s own study in terms of the approach and overall process. A geranium leaf was taken from a flourishing plant. There was also an identical control leaf. Each was given the same environment, while only one received ‘good intentions.’ The participants in the study would know the target leaf, but the scientists conducting the experiment would not, until the study had concluded.

The experiment itself used a room full of attendees at a conference. Via webcam, the participants were told to focus on one leaf (selected at random) and use their thoughts to make the leaf glow. Surprisingly, the report suggests that there was a statistically significant difference in light emissions from the ‘glowing intention’ leaf. ‘Numerically, the increased biophoton effect was highly statistically significant,’ according to McTaggart’s paper. McTaggart has published a number of books on the subject of intention, and these are just some of her findings in a wide array of different studies.

Another experiment that incorporated scientific methodology was done by Dr Masaru Emoto. Dr. Emoto got his doctorate in Alternative Medicine from the Open International University for Alternative Medicine in India, and has done numerous related studies throughout his career. Dr Emoto’s work focused on the crystallization of water, and how different ‘energies’ impacted it. In one particular study he used three identical beakers full of rice and water. The beakers were kept in identical conditions. The only difference was that one would receive a daily ‘thank you,’ one would be told it was an ‘idiot’ each day, and the third (presumably the control) was ignored. This ‘bullying’ and ‘thanking’ continued for a period of 30 days.

The results of Dr Emoto’s rice experiment showed that the ‘thanked’ beaker’s rice fermented, producing a ‘strong, pleasant aroma.’ The belittled beaker’s rice turned mostly black. The ignored rice began to show signs of rot. These results are intriguing, and several recreations of this can be found on Youtube from various users. Although three containers is small sample, the experiment has been duplicated many times.

One final example that follows in a similar vein as the other experiments is Danielle Laporte’s apple experiment. Laporte is a self-confessed fan of Dr Emoto’s work, and her apple study is inspired in a similar way. She halved an apple and set each half in a sealed jar on the windowsill. Each day for 25 days, her family would shower one apple half with compliments and berate the other half. According to her website, the praised half was ‘well preserved and smiling’ while the other half ‘took an immediate, downward spiral into rottsville.’

Although there are potentially other reasons that could have contributed to the different speeds of decomposition, the common thread is human intention. A similar article delivered similar results, but there are others that had the opposite outcome. However, Laporte does make a rather poetic point about the power of words. ‘Words can make you sick. And heavy. And Dark. Words can make you light. And radiant. And energized.’

The Power of Words

There have been many experiments that have attempted to prove the power of positive or negative words on our environment. Studies are still being conducted, and will inevitably gain more prominence among conventional scientists as the results are documented more and more. It simply can’t be denied that humans and animals are affected by such influences—at least to some degree. The power of your words, thoughts, and feelings could be much 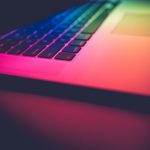 The Progress of Technology: How Far Have We Actually Come?blog-posts, Featured 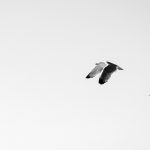 Birds Have a Magnetic Compass in Their Eyes for Navigation, Study Confirmsblog-posts