Signs of the Times: Is the World Getting Better or Worse Overall?

If you follow the news in any way, it’s obvious that the world is somewhat of a mess. Terrorism is rife across the globe, our personal data is being misused, and scandals rock the highest echelons of governments all over the world. As a species we’re destroying the rainforests, eliminating the flora and fauna we cohabit the Earth with, and are pushing the planet to the verge of environmental disaster. The media lets us know just how bad it’s gotten on a daily basis. But even with all of those immense problems, statistics demonstrate a significant improvement in humanity’s progress on a whole. But how in the world is that possible given our overwhelming slew of global issues?

The World in Disarray

A 2016 study showed that, of 17 countries across the each continent, the three biggest global concerns were terrorism, poverty, hunger, thirst, and global warming. Each of these issues presents a real threat to human life and the wellbeing of the planet. A quick look at NASA’s climate website shows the bleak outlook in terms of the vital signs of the planet. Carbon Dioxide levels in the air are at the highest for 650,000 years, and the global temperature has increased 1.8 °F since the 1880s. Yet are these concerns enough to outweigh all the development we’ve seen in the world over the last two centuries? Thankfully, there is a lot of compelling data that paints a far better picture; one of progress, betterment, and a reach towards equality.

Economist Max Roser created a website called Our World in Data to compile a list of research and data surrounding key issues that affect humanity and the planet. The ever-growing list covers key topics such as population, health, war, education, and technology.  What many of the infographics show is that humanity is trending upwards for many of the key indicators. And, as numerous studies and editorials have pointed out, the world is a better place than ever before when measured against a number of key statistics.

In 2015, the poverty line was re-defined. An individual can now be considered to be in extreme poverty if they survive on less than 1.90 dollars a day. Although many living above this daily threshold still face unfathomably tough living conditions, those who are below it are in need of help the most. However, even considering the rapidly expanding global population, the number of extremely poor in the world is 3 times lower today than it was in 1970. In recent years, we’ve seen the fastest ever reduction in the number of people living in extreme poverty according to Our World in Data.

In 1820 only 12% of the world’s population was literate. Conversely, today around 17% of the population is illiterate. There has been a huge shift in the emphasis of universal education. As such, many developed countries now have a literacy rate nearing 100%. In many countries, this progress has transcended traditional barriers of race, class, and gender. However, there is still work to be done to improve global literacy rates, as there remain inequalities.

Mortality rates, both infant and maternal, have fallen dramatically since the 19th century. No longer is childbirth the incredibly risky experience it once was. In the 19th century, 500-1000 out of every 100,000 births resulted in the death of the mother. During the same period, 43.3% of children born died within their first five years of life. In 2015, figures showed the mortality rate of women from childbirth was down to just 10 out of every 100,000. Only 4.25% of children born in the same year would die within their first five years. This is a testament to the medical advancements we’ve seen develop, particularly during the last 50 years. Although, there is a discrepancy between rates in developed and developing countries.

The quest for energy has been in overdrive since the industrial revolution. This pursuit has led to a wide array of technological advancements, and consequently, contributed toward an improvement in the quality of life for many across the globe. However, this has also contributed to an overwhelming and undeniable change to the planet’s environment. Despite the devastating impact humanity has had, increased awareness of the potential long-term impacts of climate change have seen a recent shift towards renewable energy sources. Furthermore, political movements such as the Paris Agreement show that combating climate change is on the global agenda.

So, despite the media’s focus on the negative, we are living in a time where life has never been so good in a lot of aspects. Although a difficult metric to measure, ‘happiness’ levels across many countries seem to be trending upwards. However, that’s not to say there aren’t improvements to be made. As stated earlier, there are still some genuine threats to our species and planet. Climate issues need to be addressed, and quickly. The world’s poorest need to have greater access to clean water and other necessities that many of us take for granted. Healthcare, not only in developing countries, needs to improve.

What is clear, and what Max Roser hoped to highlight when he founded Our World in Data, is that we are rarely given the good news in popular media. The focus is very much on the negativity that exists in the world, and to some extent, rightly so. Injustice, poverty, terrorism, and climate change are all factors that should be on our collective radars. However, there is a lot that we should be grateful for and should also focus on. Technological advancements and an increase in access to valuable information has meant many of us live more comfortable lives than our ancestors could ever have dreamed of.

It’s true that many of the problems we see in the world today are of humanity’s making. Yet it is our responsibility to right those wrongs and continue to develop. The dawning of the internet age has allowed awareness of global events, issues, and happenings to be greater than ever before. As such, we each have a responsibility to continue growing and learning, to protect our planet and those who inhabit it, and conclusively, to spend more time acknowledging the good in the world. 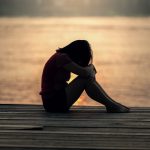 The Power of Intention: Can We Actually Influence Our Own Reality?blog-posts, Featured Left